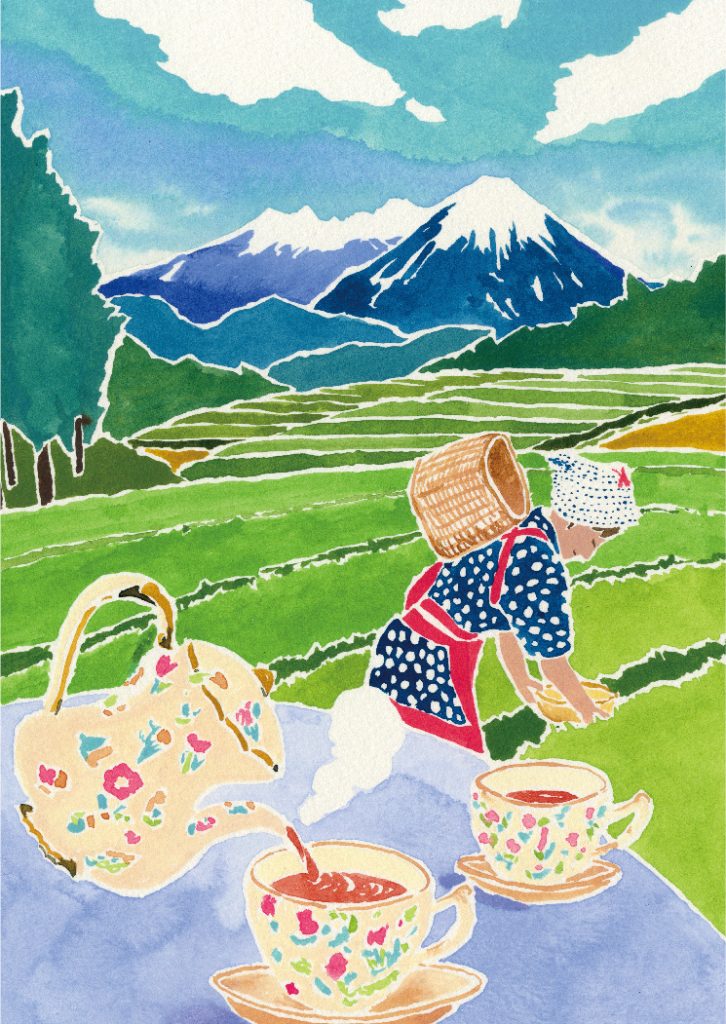 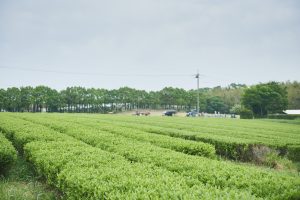 At the foot of Mt. Daisen, 300 meters above sea level, tea fields cover the land. This is the Jingamae tea plantation. Tea started to be grown in Jingamae using organic methods that do not use chemical fertilizers or pesticides about 30 years ago, which was rare back then. 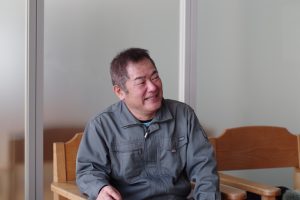 This time, I heard the story of Mr. Kyoichi Hashii, the chief of Jingamae Tea Industrial Association. Mr. Hashii used to work in the audio field in Tokyo but came back to his hometown Daisen a couple of years ago to take over the family tea production. At first, he only produced tea which had originally been produced in Jingamae but found it difficult to produce black tea from these leaves and said that he almost gave up many times. He frequently went to Shizuoka, the birthplace of Japanese black tea and a famous tea-growing area, to learn from an expert how to ferment tea leaves and so on, but it was rather difficult as Daisen and Shizuoka have different climates.

While keeping the original tea and organic farming methods, which have become synonymous to Jingamae, it is not easy to make black tea. Mr. Hashii repeatedly tried various experiments from cultivation to fermentation and produced Tottori Kocha which can now always be found at michi-no-eki roadside stations and souvenir shops. The refreshing and fragrant flavour has become popular. 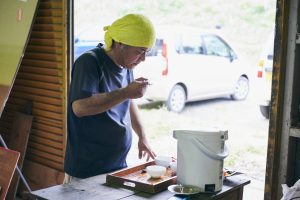 Recently there seem to be many fans of Japanese black tea and much demand for Tottori Kocha and so Mr. Hashii has started to grow tea plants for black tea. Furthermore, at the roadside station Megumi-no-sato, there is a soft-serve ice cream flavoured with Tottori Kocha which is extremely popular and I am a big fan of it too. When my friends come to Daisen from other prefectures, going and eating it with them is one of things I always do.

Tottori Kocha has many possibilities. Mr. Hashii said he wanted to let many people know that they make reliable and safe tea in Daisen.

When the early summer approaches, the area of Jingamae is filled with the lush aroma of tea. In early summer, many people flock to the Jingamae Shincha Matsuri (New Tea Festival) when the tender green buds covering the tea fields are very beautiful and refreshing. It is recommended to see the tea plantations at least once.