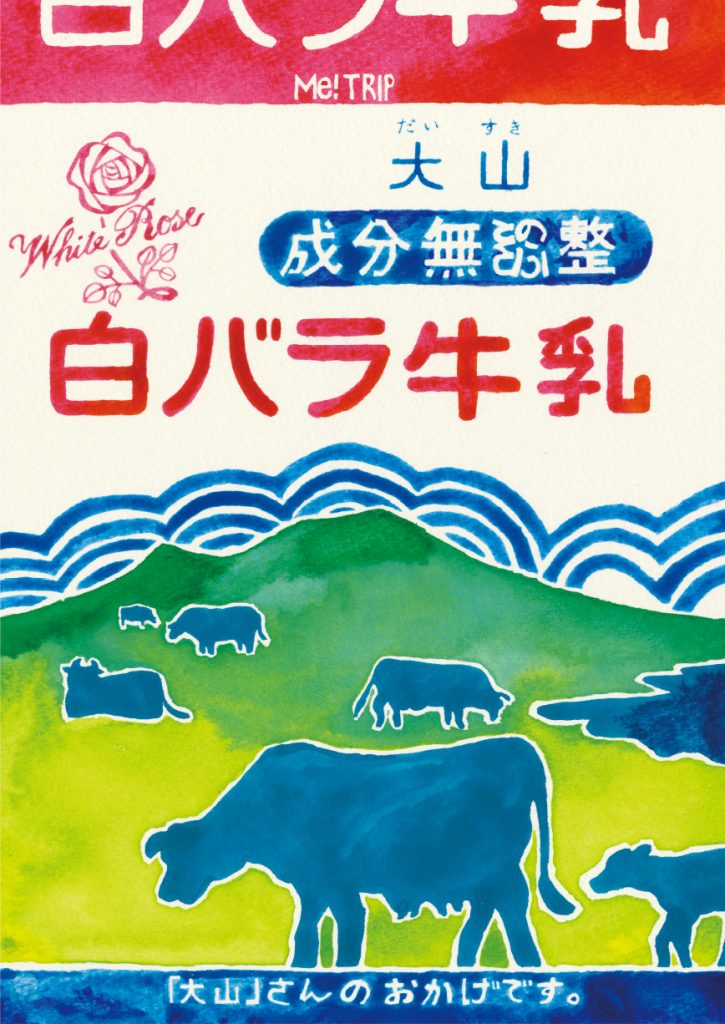 I received an email from a food-lover friend of mine living in Tokyo.
“The coffee-flavored milk made with white rose milk that I bought at Seijo Ishii was the best! When I checked, it seems it is from Tottori! Are there other good products from there?”

I was shocked. I had lived a long time in Tokyo but had never heard of White Rose milk, let alone tried it. Also, the although I had never tried coffee-flavored milk despite living in Tottori my friend living in Tokyo liked it and drank it. Then there was Seijo Ishii. This is a store that has a lineup of select, tasty food. White Rose coffee-flavored milk is part of this… 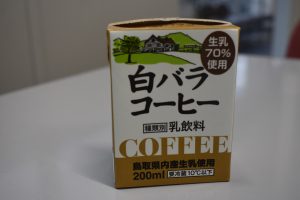 When I discussed this with Fukui-san of the Planning Department of Daisen Nyugyo Agricultural Cooperative, he responded as follows:
“When we were aiming to forge new markets in Kanto, our sales representative took it to Seijo Ishii, and they decided to introduce it based on its taste and quality.”

However, it is unusual to bring milk from Tottori to Tokyo. Even from a distribution perspective, going from Tokyo to Tottori would certainly be rare…

“That’s right. The scope of my distribution only goes up to the Kansai region. Seiji Ishii transport it from there using a dedicated route”
Wow! I was really surprised. I wondered what the secret was behind the taste of the “White Rose coffee-flavored milk” that would cause Seiji Ishii to take such pains to transport it.
“Firstly, we are the only specialist dairy agricultural cooperative in Tottori Prefecture. In other words, all of the delicious milk in the prefecture is gathered here.”

“The discussion gets rather technical here, but the true source of our confidence is the inspection lab in the Daisen Nyugyo plant, where we test the quality of the milk. There are independent criteria for the somatic cell count values. These somatic cells are white blood cells and cells that peel off within the body, and these increase when dairy cattle are unwell or are experiencing stress, and when this number becomes large, the taste of the milk becomes more bitter and salty. Put another way, by maintaining the wellbeing of the dairy cattle, and keeping the somatic cell count low, the richness, sweetness and flavor of the White Rose milk can be guaranteed. We may, in fact, be the only cooperative who are managing our quality this strictly…We are managing with confidence”

In addition to managing the somatic cell count, they have established an independent department within Daisen Nyugyo called the dairy instruction division, consisting mainly of veterinarians, which provides a diverse range of support to dairy farmers.

I am also interested in the White Rose milk goods that have become popular on TV and SNS recently.

Fukui-san states that “In actual fact…the original intention was not to sell these goods”. I was surprised about this. When I asked what he meant, he laughed as he told me as follows. 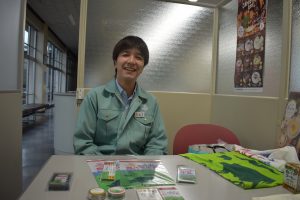 “These were made as novelty items for visitors coming to a ceremony to mark 70 years since the establishment of Daisen Nyugyo Cooperative. As this ceremony was in November, we wondered if people could use it during the New Year. So, we tried putting them into a small bag and…it was a great hit.” Since then, it has developed to everything from masking tape to smartphone cases and T-shirts etc., and now the merchandise is almost as popular as our dairy products.

It has been just over 70 years since its establishment. The White Rose taste and package design remains unchanged. White Rose milk is now loved not only by people in Tottori, but throughout the country. Our persistent desire for excellence in taste remains unchanged. We are also looking forward to creating new things that will charm our customers.