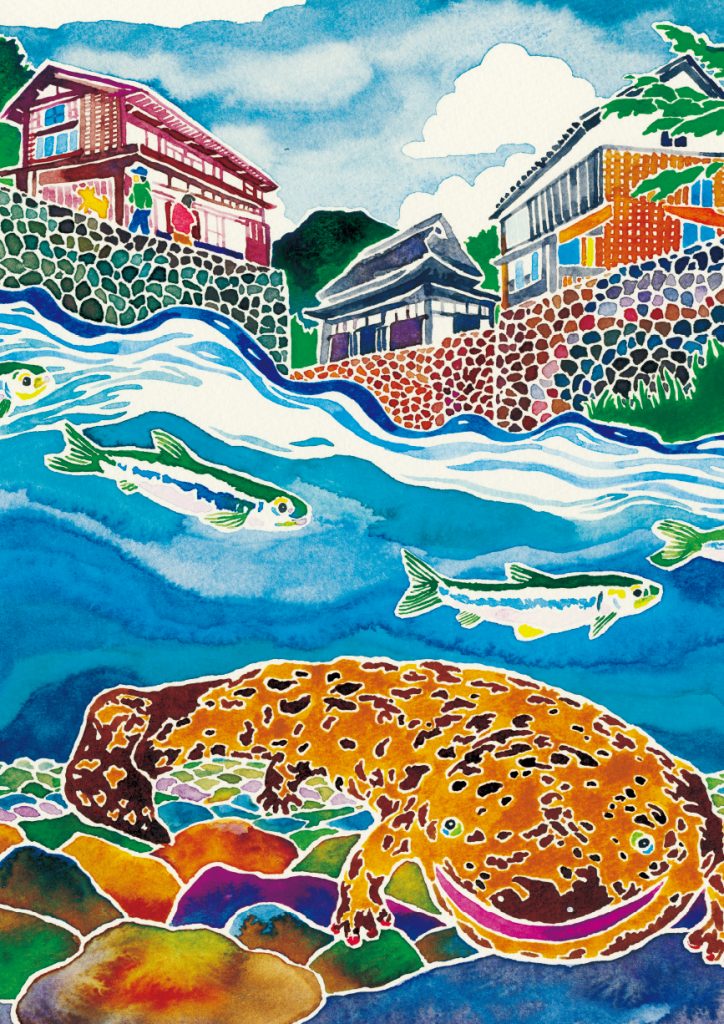 The Japanese giant salamander is the world’s largest amphibian, a species endemic to Japan. This Japanese giant salamander is also designated as a special natural treasure in this country. Its habitat is mainly the central areas of rivers, partially in Honshu to the west of Gifu Prefecture, Shikoku, and Kyushu, it can be seen not only in mountain streams, but also in brooks and canals.
Despite being an amphibian, after metamorphosis it does not come up on the land, and spends virtually its whole life in the water, feeding on frogs, freshwater crab, and fish. It has a very long lifespan compared to other creatures, and there are Japanese giant salamander that are said to live more than 100 years. 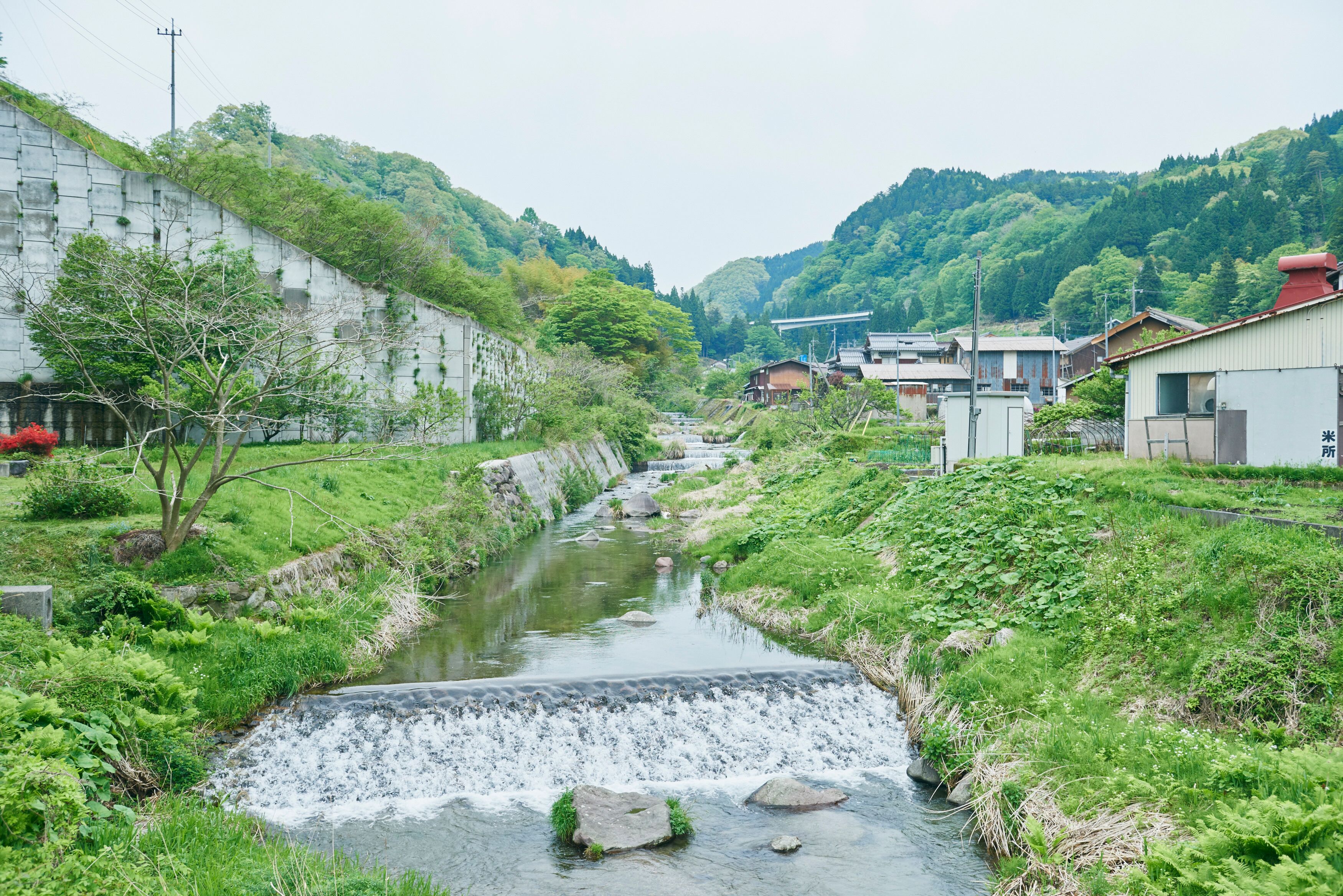 Nakayama, who is from the Tokyo area, speaks of the attraction of Tottori. “I am living in Yonago, and compared to the city, the water is really delicious. I can even make tasty coffee for one just by brewing tap water. It would be unthinkable in the city. This delicious underground water, water quality, river environment etc. All of these make for a blessed environment for the Japanese giant salamander. Around the Daisen area, it is still a really healthy paddy field ecosystem. This environment would not be conserved without a balance between the elements.”