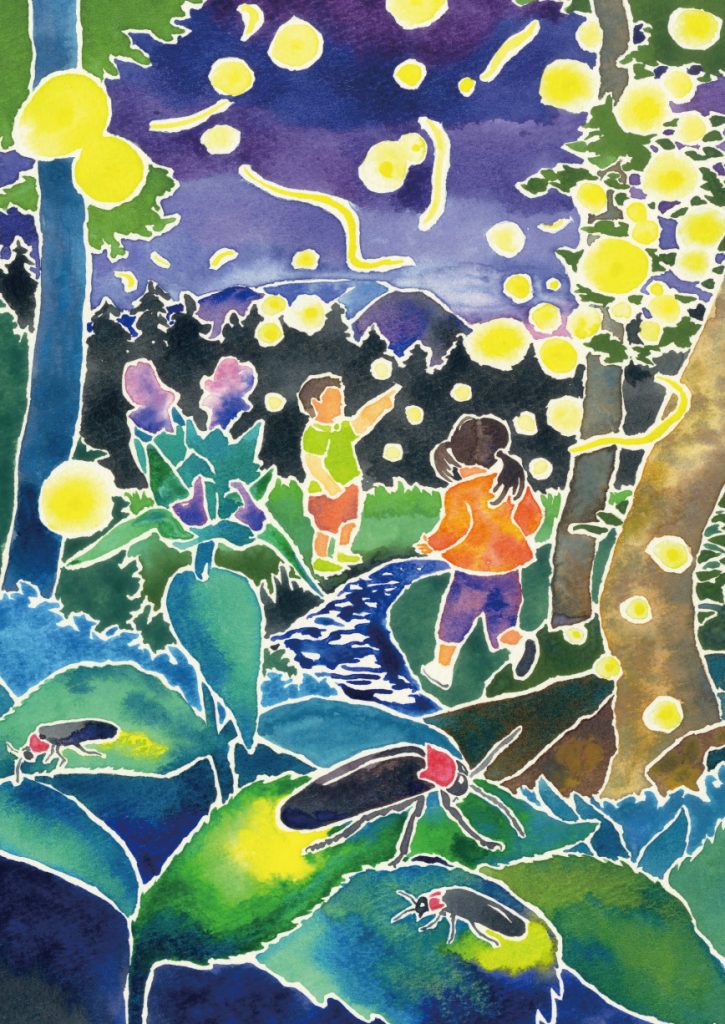 Among these, the vision of the sparkling Hime fireflies, which can be seen in the high altitude of the Daisen mountain peaks and surrounding areas, is truly beautiful, and has captivated the hearts of many people. Large numbers of visitors coming to view the shining fireflies are seen during this time.
“Some people have the image that fireflies are seen near clear streams, but they can also be seen around the peaks of Daisen and the road approaching Daisenji Temple. These are the Hime fireflies inhabiting the areas deep in the forests and woodlands. The light of the Hime fireflies is smaller than that of the Genji fireflies and flashes on and off over a short interval. They charm us with their gold color.”

Telling us the above is Yatagai, the head of the Daisen Museum of Nature and History, of whom it is no exaggeration to say understands the nature of Daisen back to front. 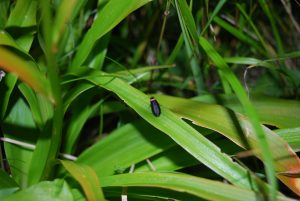 I was really surprised when I first saw the fireflies leaping near the house in my first summer after moving to Daisen. As far as I can remember, this was the first time I had seen fireflies in my life. When I told this to Yatagai-san, I received the reply “That would be Heike fireflies or Genji fireflies. Although their numbers are few, these kinds of fireflies can often be seen close to paddy fields and rivers near the villages near the base of Mt. Daisen. Hime fireflies are almost never seen in the undeveloped woodlands near the town. It is impossible to say never…but basically the Hime fireflies are found in the forest areas.”

According to what Yatagai told me, this firefly is only around 1cm in size, and is called the firefly of the forest, sparkling in gold for a short interval. They can not only be seen in the areas around Daisenji temple, but also at the peak of Mt. Daisen. In actual fact, somebody who scaled the mountain hoping to see the Hime fireflies related that “next to the boardwalk near the peak of the mountain, there were numerous Hime fireflies shining with their small ephemeral lights, and I was captivated by their unspeakable beauty. It was like the dark mountain road had been steeped in magic.”

Last year, I also, for the first time, went out to Daisenji temple to see the fireflies. As I approached the summer mountain climbing point, I saw fireflies near the Toyama Inn. When I said that it must have been Hime fireflies, I was told “That is right. Outside the path leading to the temple, nearly all fireflies you see around the Daisenji temple area are Hime fireflies.”
“The best place to see Hime fireflies in the area around Daisenji temple is the road leading from Daisenji temple to Okamiyama shrine. There are woodlands on both sides of the road, and it is a perfect environment for Hime fireflies to inhabit. The exact time depends on the day, but usually the fireflies start to glow between just after 19:00 to past 20:00. Saying that, during this season, the sun has not completely set by 19:00, so it is likely to be closer to 20:00”. 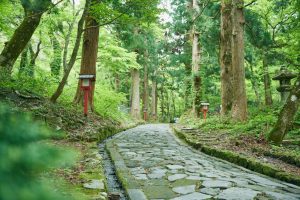 “There is the image that fireflies are seen near clear streams, but they can also be seen around the peaks of Daisen and the road approaching Daisenji Temple. These are the fireflies inhabiting the deep forests and woodlands. The light of the Hime fireflies is smaller than that of the Genji fireflies and flashes on and off over a short interval. They charm us with their gold color. They are an extremely delicate lifeform, and they are averse to artificial light, so when viewing the fireflies, make sure that your torches are pointed only at the floor.”

When I asked Yatagai whether there was anything else I needed to take notice of when viewing the fireflies, I was taught a wide variety of things.
“The first thing is not to try and catch them. Particularly children will often try to do this, so their guardians need to tell them clearly not to do this. Fireflies are extremely delicate. You may think you can catch them and return them later, but they will already be weakened by this point. To repeat what I said earlier, they cannot stand strong light. Recently, the light from torches and mobile phones is extremely bright. The light from LED is particularly strong. With such a strong light, the fireflies will no longer shine so this is not suitable when trying to view them. Having said that, the path to the temple is pitch black at night, so please be careful of your footing. We do not recommend wearing high-heeled shoes or sandals. The path to the temple is a natural stone path, so wear sneakers or other shoes that are easy to wear.”

The fireflies that inhabit this world with us. As long as the weather conditions are aligned, you may be able to see a beautiful night sky around Daisen, with the bright starry sky and stunning fireflies in the sky.