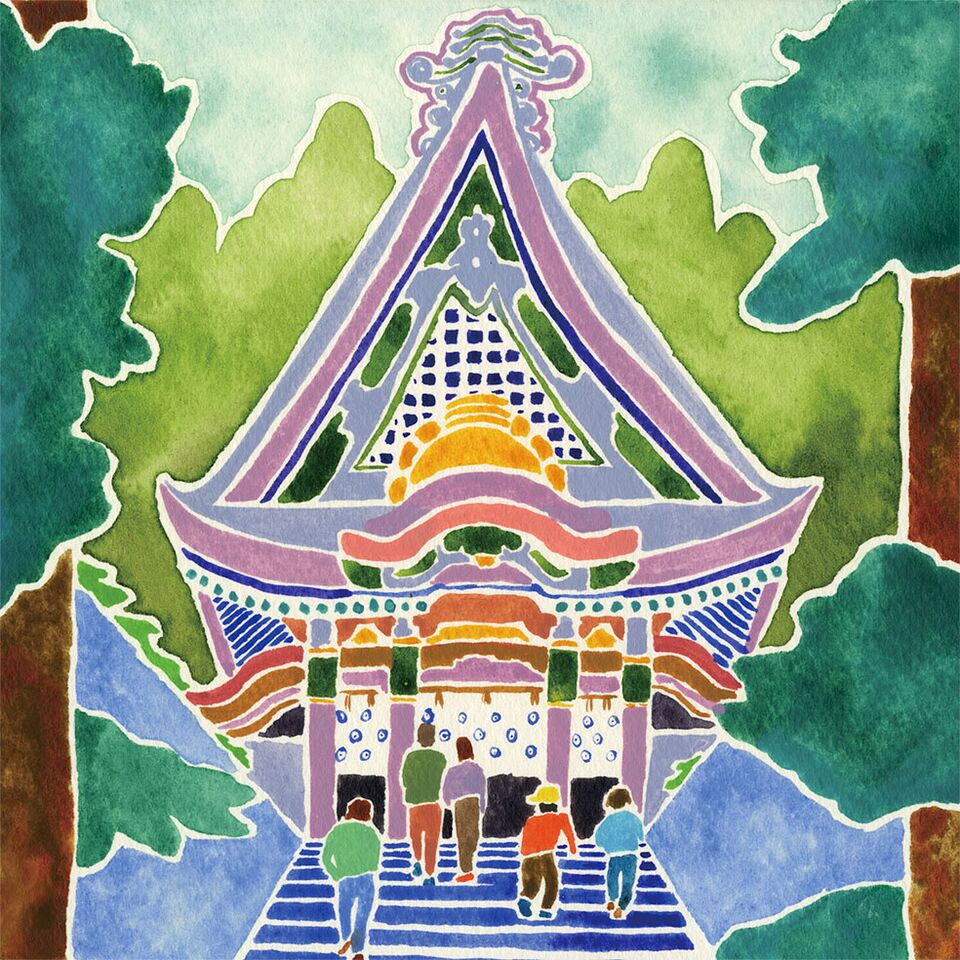 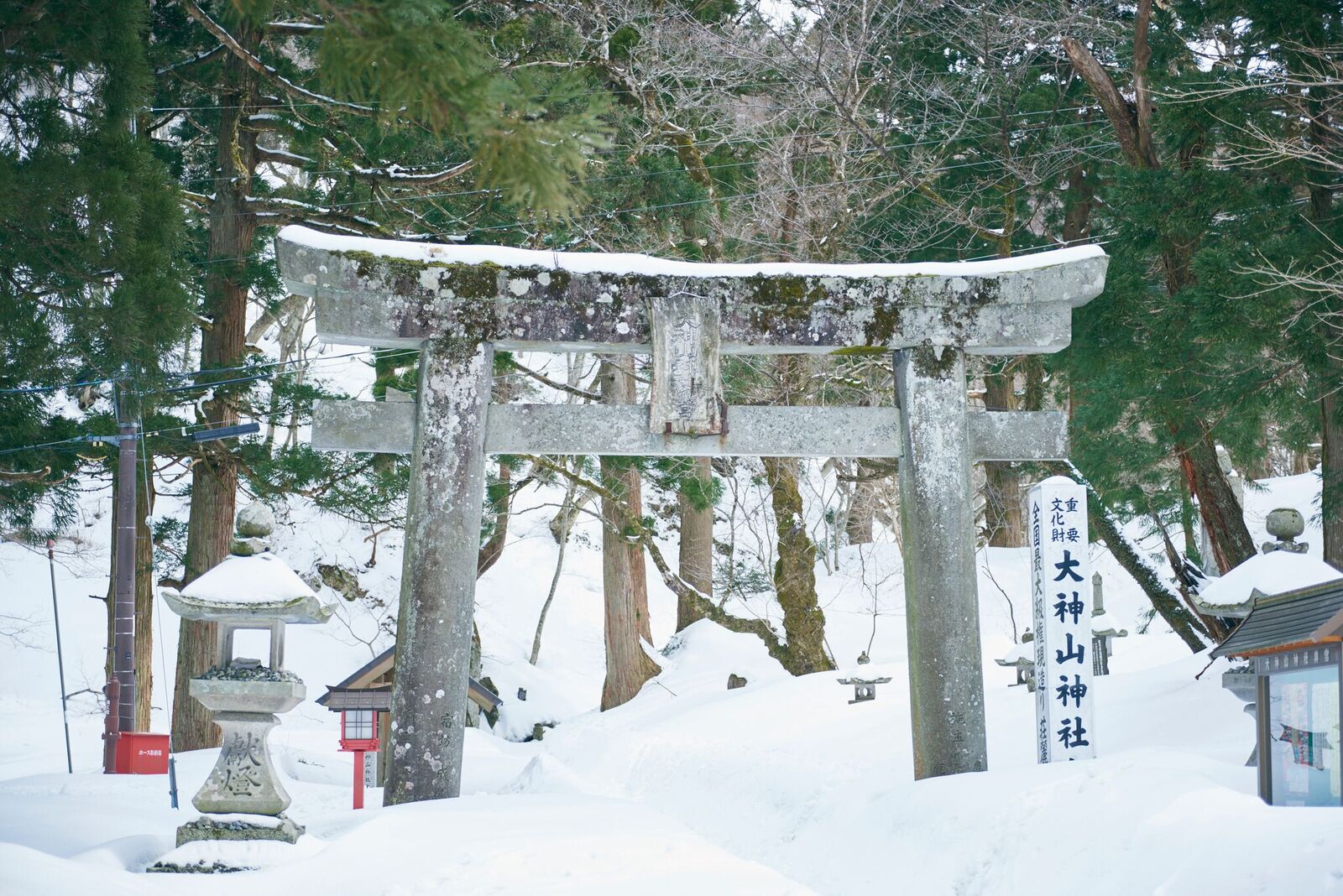 This was originally a spot for Mt. Daisen prayed from a distance.  The shrine complex was constructed approximately 1600 years ago, much later than that of others in the region.

It enshrines Daichimyo Gongen, which is the reincarnation of Jizo Bosatsu, a guardian deity of children. It played the central role in Mt. Daisen’s religion, which worships Jizo; however, after Daisen Temple’s name was abolished due to the separation movement of Buddhism and Shintoism and the Buddhism abolishment movement during the Meiji restoration, it changed its name to Ogamiyama Shrine Okumiya.

The shrine buildings are designated as important national cultural assets. They are 52 x 33 meters long and built in Gongen-Zukuri style. The ceilings are colorfully painted with flowers, birds, and people, and heavenly maidens are painted on the walls.