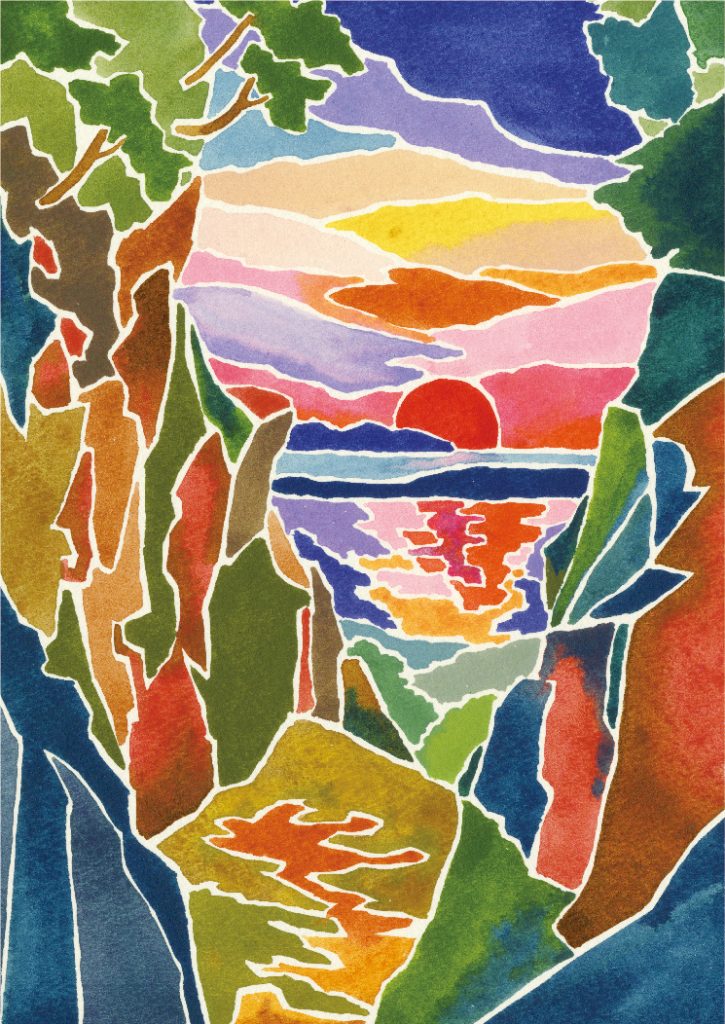 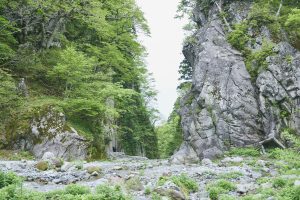 Formerly, the cliffs were considered to be the shrine gates, so it was called Gokinmon. It was where the warrior monks dedicated themselves to the ascetic practices because it was seen as a sacred place for their beliefs. This Kinmon is also a place of great significance to the deep deep history of Daisen.

To begin with, Kinmon was written differently. Currently, it is written as ‘golden gate’, but prior to this, it was written as ‘prohibited gate’. This is said to be because it was a holy place where god was, and so entry and exit of ordinary people was prohibited. In addition, it was also called ‘Kiriwake’ which literally means to be ‘cut in half’. It was called this because the cliffs on both sides look like they were cut in half, and this creates a grand landscape. The remains from when Daisen was a place of practicing mountain Buddhism still exist at these steep cliffs, and the historical allusions of the monks who trained here are being told as the legend of Tengu, a long nosed goblin.

The historical material of Daisenji is important history of Daisen, and in these materials, it states the following.

In the era of Emperor Kogen, Hachidairyuuou, the 8 dragon gods protecting Buddism, abided the oracle of incarnation and tried to cut through a wall of rock to set up a shrine for the incarnation of Daichimyou. Then, 2 golden birds from the world of treasure purity came and advocated for the salvation of Buddha. The beauty of nature and the cute sounds of birds chirping made the mind and body much lighter, which made cutting through the rock wall much easier. When they looked up, they saw the northern cliff of Daisen.

The monks who had faith in Daisen started with ascetic training in the mountains, then they would go deeper into the mountains individually. They trained their mind and bodies in rocky mountains and caves. Kinmon was probably much harsher than it is now and was most likely an ideal location for ascetic training. The five major Kokuzo figures, the Kumonji shrine, the Shaka shrine, Kaṇikrodha and the Monju shrine were all said to be on top of the cliffs, but none of these still remain.

Kinmon is written as ‘golden gate’, and this ‘gold’ is symbolic of the western direction. It is said that Kinmon is the western gate to the incarnation of Daichimyou. In those days, the west was an important direction for the people of the time because it was believed that there was the ‘pure land’ (commonly known as ‘paradise’ in modern language) where the sun sets. Therefore, people trusted that there was the pure land in the West. In recent times, Kinmon is only known to be a place with nice scenery or a place where beautiful sunset can be seen, but it is a place which has been treasured by people for a long period of time like this. 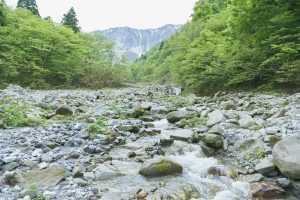 In addition, there is a place called ‘the limbo’ at the southern side of Kinmon. This is considered to be a place where spirit of ancestors and families come together. It was also a place of faith in sacred places. This place called ‘the limbo’ was thought to be the path that the dead travelled on, and so there are still tales of being able to meet ancestors if you go there.

The northern wall of Daisen which can be seen from Kinmon

Once you know the history of Kinmon, you will understand the strength and cleanliness it has. It has more significance than it plainly being a place to take photographs. It is a deeply historic place where you can understand the harshness of the northern wall and feel the clouds coming down. Why don’t you come to feel the power of God’s mountain?