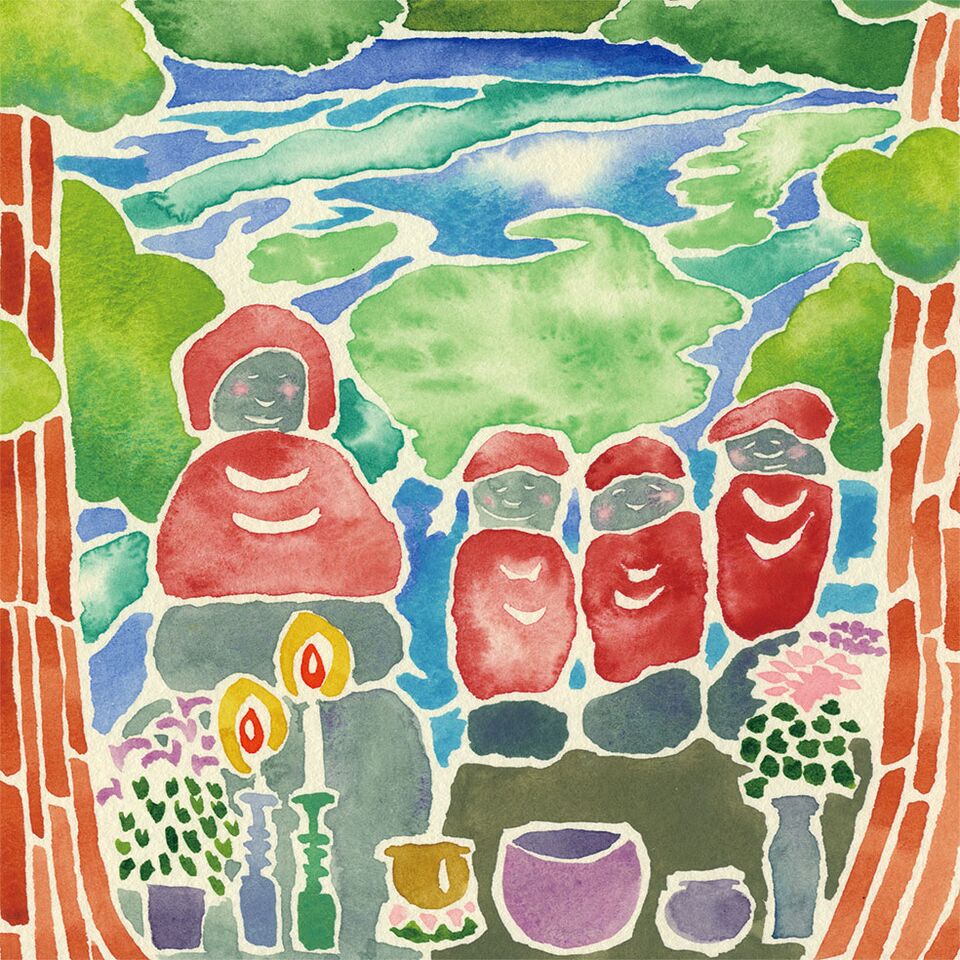 This Jizo is located in Masumizuhara Highland, halfway up Mt. Daisen. There used to be a welling water on the main mountain trail and has been used by many travelers and local farmers. It had plenty of pure water (Mashi-mizu) all the time, and was very important to people’s lives. It was also called “Masu-mizu (scaled water)” because the amount of water which bubbled from the ground was always exactly the same as if it was measured by “Masu” scale.

However, in the spring of 1696, the water dried up. Due to the bad harvest caused by the draught, 73 people starved to death.

In 1720, a monk called Soshin carved a stone and created a jizo statue for the souls of people who starved to death. He chanted prayers for 48 nights and villagers offered water with ladles made of Masu scale. This is the origin of Masumizu Jizo Festival.